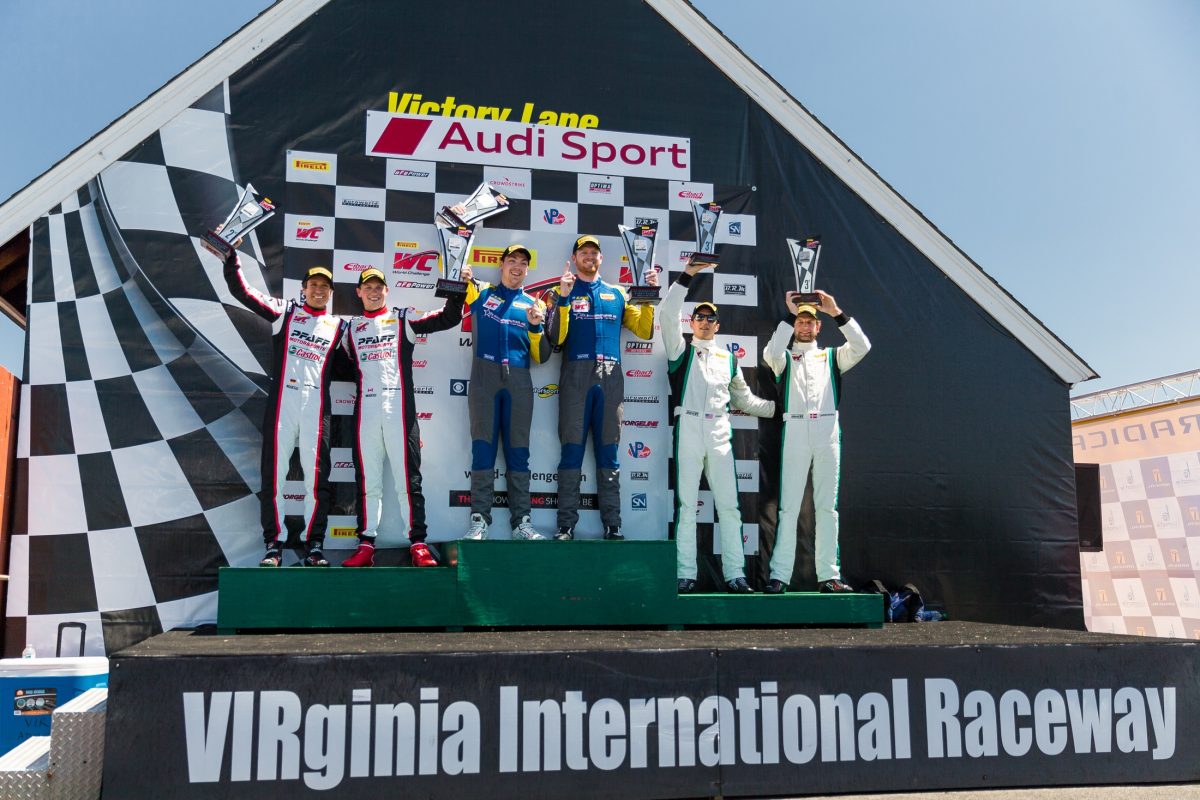 P3 at VIR and a Hard Charger Award

Virginia International Raceway is probably one of the prettiest tracks on the 2018 PWC calendar. There is something about those yellow and green candy cane rumble strips that reminds us of the Wizard of Oz, and for this weekend, the wizard was in town and sending some of that Oz magic our way

Since the start of this series, we’ve felt that a little luck has been missing. We’ve been in fighting position and hadn’t had that break to allow us to hoist the trophy in celebration. However, every race weekend we’ve been inching closer to the success we are known for.

This weekend it seemed that lady luck might have missed the flight to the track again as we qualified P7 after being just a little light on fuel. While that does wonders for the weight of the car, it doesn’t allow for those extra flying laps. The team wasn’t too discouraged as, in this series, being up front don’t necessarily translate into podiums.

For race one we started strong and made up a few positions coming into the first few turns. Michael Christensen kept the car clean and handed it over to Spencer Pumpelly to bring her home. With only 5 minutes in the race remaining, we were in good shape, holding P3 and hunting down the no. 96 car. Then the no. 2 Mercedez-Benz poked its nose just a little too close coming into the straightaway spinning Spencer. That car would receive a drive-through penalty and we dropped to P5. Where was that wizard of Oz when you needed him?

Day two saw us start back at P11. Over the course of the first half of the race, Spencer managed to get the N. 24 car to P7 handing it off to Michael Christensen. Micahel managed to climb up to P5, again chasing down the No. 96 car. With only a few laps to go the wizard of Oz showed up and sprinkled some of that good luck our way, and we found ourselves in P3 as a few cars ahead ran into issues.

For the first time in this championship series, we managed to get that podium finish. We’ve never stopped pushing, and the team has worked hard to dial in the No. 24 Porsche GT3 R.

Next up is Canadian Tire Motorsport Park north of the border. Let’s keep that luck going.