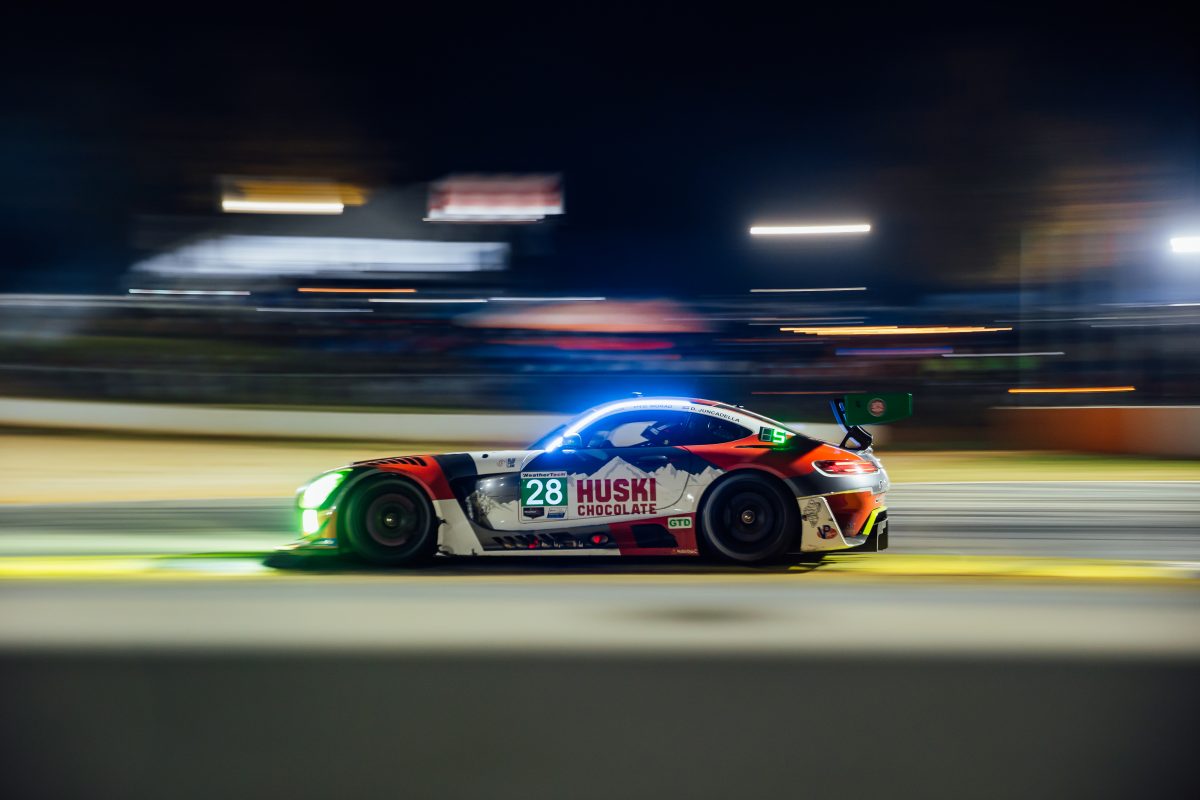 Mercedes-AMG Customer Racing team Alegra Motorsports will be back in the hunt for the championship title in the IMSA WeatherTech SportsCar Endurance Cup Championship in the GTD class. Alegra’s Mercedes-AMG GT3 made its debut appearance in the 24 Hours at Daytona in 2021 and will be looking to build on the momentum created at Petit Le Mans last year. Veteran Alegra Motorsports drivers and 2017 24 Hours at Daytona winners, Daniel Morad (CDN) and Michael de Quesada (USA) will be joined by Swedish native Linus Lundqvist, coming from a recent third place overall finish in Indy Lights and 2021 DTM Champion Maximilian Götz (GER).

“2021 was our first year with the Mercedes-AMG GT3 Evo, and we learned a lot,” said team manager Tony Ditto. “It was a tough season with lots of elbows out racing, and that allowed us to get to know every part of the Mercedes-AMG; I think that will really pay off for us this year. I’m also excited to have Max and Linus joining Daniel and Michael. We’ve got a lot of winning experience in the car this year.”

With a season under their belts with the Mercedes-AMG, the team is looking forward to using that knowledge to bring a strong performance at all four endurance events

Including the pre-season test and qualifying race at the Roar Before the 24, the 2022 IMSA WeatherTech SportsCar Endurance Championship calendar will see the GTD class participate in 5 events across North America, including the 24 Hours at Daytona, the 12 Hours at Sebring, the 6 Hours at Watkins Glen and the season finale, Petit Le Mans.

It’s great to be back for another season with Alegra Motorsports with the Mercedes-AMG GT3 Evo. I’m looking forward to carrying our momentum into 2022 with nearly a full season of understanding of the car. It’ll be great to have a lineup of talent as well with us heading into Daytona.

I’m happy to be back in the seat with Daniel. Last year was our first season in the Mercedes-AMG, and we learned a lot about the platform. I’m looking forward to building on that and helping the team compete.

Firstly, I want to thank Carlos and Tony for giving me the opportunity to race with them; I’m really looking forward to being back at Daytona for the Rolex 24 Hr. I believe we can achieve a good result. We have a strong lineup, a really good team and a fast car. There’s no better way to start the year than this!

I’m really looking forward to kicking my motorsport season off in Daytona. After some days off, it’s time to hit the track with new energies and new targets. After winning DTM last year, I will start the season with a new team and teammates. It has always been a big dream to race in Daytona, to win it even more so. I am looking forward to being part of such a great team Alegra Motorsports, meeting all my mates very soon and getting in touch with such a traditional track.